Honored to share with you my latest participation in an International project called " MAARAKA 2" (The Battle Part 2). The song depicts the social and political modern day struggle, while providing the path to a better tomorrow through resistance and inspiring to build a fairer world.

Here is the link: https://soundcloud.com/katibe-5/2a-1

All my respect to everyone who participated in this inter-continental project: (Please see my humble attempt at translation and interpretation of the lyrics below)

The song starts with a Sufi Spiritual Chant that will turn out to be the chorus of the song. “El Kataa”, the Sufi Singer, transcends us to a confrontation realm, where he calls out his agony to an ultimate “one winner” end “ Oh my dear agony, whether I end you or you end me so we can reach the peace of mind”. As the beat drops, “Malex” opens up the song with a melancholiac tainted first verse to reflect the fighting character in torment, as a Don Quixote… in modern era fight to stay just in a corrupted time. “Osloob”, the second MC, took us to the refugees tragedy settings to picture their state of distress and despair, while looking for a new home. With a change in the melodies, tone and beat, “Amine West” started the third verse. He paints a picture of resistance and rebirth in the image of the Phoenix to achieve liberation and justice. In the Last verse, “Amen BK” portrays the light within us all against the corrupt institutions in order to achieve “the better world”

(Intro-Chant) Oh my dear agony, whether I end you or you end me so we can reach the peace of mind.

(1st Verse) Denying to prove existence In the life of an exile where the options are to be stepped upon or ending up in a landfill Wishes are there but no path to walk through A resisting lover pissing on borders “I am the beggar in the big picture talking to the last drop of the bottle with a destructed defeated soul” Misguided justice and authority Like Tilting at Don Quixote windmills Unfair war until death will take him away Lots of boredom and time will chain you, will paralyze you will kill the unstable mind in this time of imposture in a time where they sell hope in a time where loyalty is the trait of the cheater when he the cheater talks about his victims he would say: “The others are hell, The others are heartless May the Grim Reappear rape them” He came up not like them Never trash talk and he fought their joy His pains were bitter so he stood up to destroy a corrupted society They wanted him a machine, a hostage to their dream He rose and rebelled with a rock in his hand He was like a gun powder in a lightening storm They wanted him to be brainwashed and tailored to their expectations “With a chest up, I won’t drink from their cup Enough of contempt and scorn” he said Minority are the people like him They hated his guts He was a solitary soul never had company He was cut from his root to be “an unclassified” He doesn’t belong to any breed He killed his lineage, he was like a spark His mind was burned without oil His body was ruined and soaking in tattoos Breathing the stars dust He hated the cattle, he was misunderstood Born in a corrupted world carrying tons of sorrow “Against you I lead, riding the pegasus Curing my anger from “Rdayef” to”El Khalil”” He will keep fighting the war of the will against the impossible.

Where are they coming, Where are they running away Thrown in the sea in a half of a boat while the waves are wild People are running through the borders There is no any sort of space The boat is sinking with overweight There is no any way out The children are suffering the injuries and the youth are dyign from their open wounds Dreams turned to nightmares The police and military shoot to kill I am holding the map in my hand and I don’t know where to go Every path is locked and everybody is indifferent

(3rd Verse) If I had two hearts I would give the second to a dead mind And If misery was a man I would drawn him in the Dead Sea Not even half a tree shall be grown in despair. Thousands of myths and verses shall be be written in hope, Even if completely destroyed as Latakia I shall remain intact like Venice. In love, peace and time of war I am a Phoenix, flying outside the flock Eons shall not harm me like did to others. Barefooted, I shall keep walking . Towards victory, I am standing, head high Carrying a burden, bleeding, but It’s fine. For the one who desired roses, would bear the wounds of thorns And who transcends a better day , won’t bear a minute of longing. Remember that you will not be defeated as long as you resist And remember that Rome was not built in one day. You shall avoid who bargains and trades justice Do not throw your towel even if you remain alone

Night Blues, Here I come with my moon and my muse Here I come to paint my aurora Burn humans Pandora’s box Break with the orthodox Build a future without Wall Street Stocks Without virtues of the 1 percent Without curfews a corrupt president Corrupt judges, delegates Corrupt religious hypocrites Wanna see a world without extremist politicians A justice without conditions, preach Where is my freedom of speech Where is my freedom of thinking without the government breach Leash, impeach The greed rules the people We must break this vicious circle sequel Night Blues, Here I come with my moon and my muse Light a new Dawn, eradicate Babylon and its fate Ego and hate in a black hole then we elevate Alternate to liberate what if we recreate A new world without borders and human violations Thorough peace among nations a gift to the coming generations Cuz by submission to the evil we give it power I am still going to be the light keeper in the darkest hour Oh My Night Blues!

The CD album 'Another Perspective' is NOW AVAILABLE

Photos from the "Art Around Adams" Festival 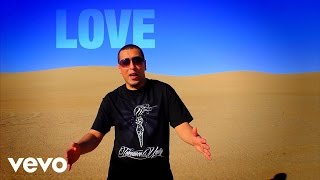 One Sky Above Video Release Party 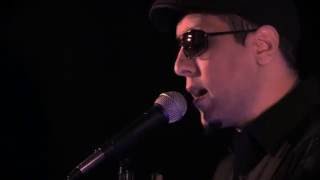 The New Video: Unfair Trials (live session) is out!!